Home » To Know » Why should updates to US policy clarify its own updates again?
To Know

Why should updates to US policy clarify its own updates again?

Apple has always been proud of its devices with updates for a long time, especially iPhone and iPad devices, and this is true, but Apple always fails to deliver security updates at the required speed, and needs to update the entire system every time there is a need to fill a gap or a security problem. What is the solution to that? 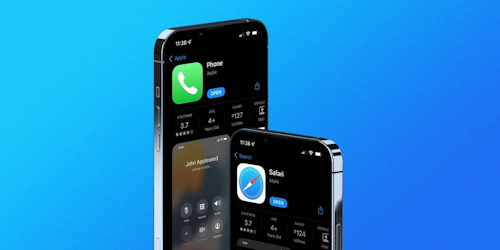 During the past periods, websites and the press reported monitoring several holes in the iPhone and iPad operating system, including a loophole in the HomeKit control application that allows hackers to control iPhones and iPads and completely paralyze them and make them stop working, then Apple later solved it.

After that, other news was detected about a vulnerability in the Safari browser that allows leaking all personal data and browsing information for websites, and Apple is now working to solve it through the upcoming iOS 15.3 update.

These vulnerabilities have been around for months and it has been unjustifiably slow to fix and this could have been avoided by updating the HomeKit app or the Safari browser without the need for a full system update.

Apple can thus keep annual updates of major changes and fundamental improvements in the system.

It is worth noting that Apple, with the iOS 15 update, decided to make security updates available only to users who do not want to upgrade to iOS 15 and would like to keep iOS 14. Apple later retracted that and stated that this was a temporary situation.

Do you see these suggestions as better than the traditional Apple policy in updates?

How to Reduce Internet Data Consumption on iPhone and Android?